I would like to announce the release of our user retirement plugin tutor-contib-retirement. It implements the user retirement feature for Open edX in Tutor. Using this plugin, you can launch the retirement scripts that delete users, and their Personally Identifiable Information, after a configurable number of days.

After installing and enabling the plugin, you can invoke the retirement scripts in a Tutor local deployment using the command tutor local retire-users. In a Kubernetes deployment, the plugin defines a CronJob that will run the scripts periodically. Both the command and the CronJob invoke the retirement scripts as described in Open edX documentation and remove users pending deletion after their cool off period has passed.

Apart from removing user’s information from LMS, if you use any other service (such as Forum, Discovery, Ecommerce, and Notes), the plugin configures the retirement steps such that user information is removed from those services too.

Please go ahead and try it out and let us know what you think. Note that the plugin is currently in an experimental state. We are working on making it production-ready! 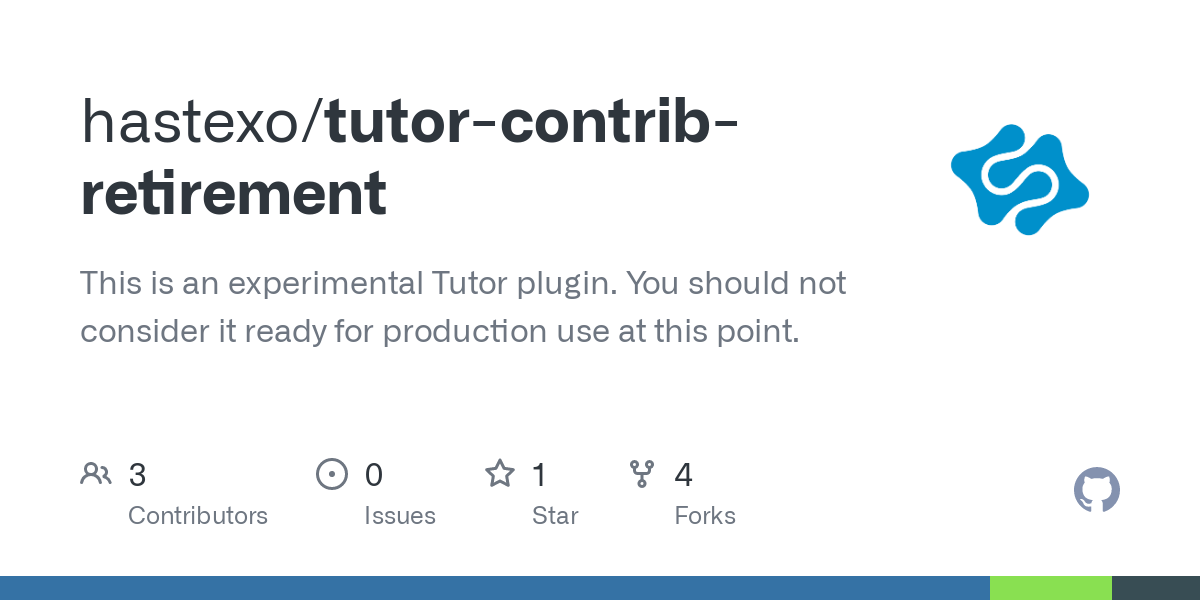 GitHub - hastexo/tutor-contrib-retirement: This is an experimental Tutor...